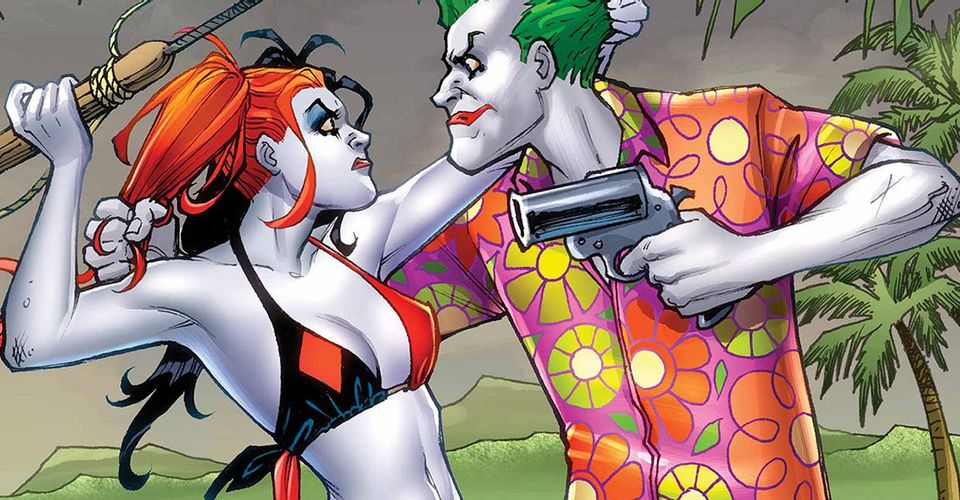 We open with Harley in custody in her cell, and she’s approached by Amanda Waller with a job. Time to assemble the Suicide Squad. Only this time, Harley is team lead. Waller needs her expertise, so Harley gets to assemble her own dream team.

We’re indulged by a montage of miscellaneous villains, mostly rejected by Harley out of hand. But through the dialog her handlers she learns that the mission they’re prepping for is highly unorthodox. Here’s the team:

Here’s a list of folks you could either comedically reject in the selection process, or unceremoniously destroy in the film.

Once the team is selected Amanda reveals that the target is Joker. Batman is off doing Justice League stuff and in his absence Joker has escalated the mayhem. But here’s the catch, after Harley assembles to the team, and gives them all the intel they need, Waller takes her off the team and throws her back in her cell. Because the mission is to take Joker alive, and Waller believes Harley is emotionally compromised and will kill the target.

How we’ve got a significant B plot. The Team charges forward like any other suicide mission. Action and destruction. But behind the scenes Harley has to escape Arkham and go after Joker herself. In the final action sequence we end up with Harley ambushing the Squad, ruining their plan, and going after Joker, forcing the Squad to protect Joker before they can capture him. Harley’s friends on the squad, especially Selina and Ivy, grapple with their loyalty to the Squad’s mission when they’d kinda rather Harley succeed.

Harley wins this brawl, but when the time comes she can’t pull the trigger. In a private moment Catwoman quotes Batman/Catwoman #5 (2021): “See, Harley, the problem is–why you couldn’t do it, why you never did it–you’re too good to be bad” and kills Joker for her.

With the target destroyed, the Squad mission is a failure. Waller is lead to believe that Harley killed Joker and escaped, so Catwoman is allowed to live. Whoever’s left alive is put back in their cells. Credits roll, but interspersed throughout the credits we get scenes of Harley breaking into Arkham, and busting Selina and Ivy out, setting us up for a Cobb Squad feature next.