Numerous studies have shown us that those given authority are more likely to lie, cheat and steal, while also being harsher in their judgments of others for doing these same things. Science tells us people with power feel less compassion for the suffering of others. Previous experiments also show us that those who are obedient to authority are capable of the worst forms of murder, and tolerant of the worst forms of abuse. They will even chastise those of us who resist corrupt authority. They become facilitators of evil, believing that obedience to authority absolves them of personal responsibility. You are holding the fifth draft of a renegade psychological experiment on authoritarian sociopathy, specifically on police brutality. We aim to show the world beyond a shadow of a doubt, that power corrupts absolutely, and corrupt authority deserves no obedience.

1 review for Authoritarian Sociopathy: Toward a Renegade Psychological Experiment 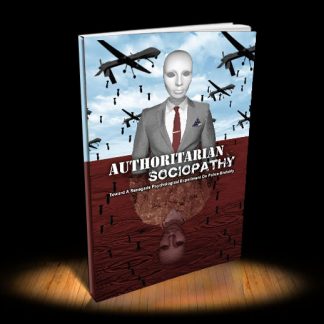 You're viewing: Authoritarian Sociopathy: Toward a Renegade Psychological Experiment $10.00
Rated 1.00 out of 5
Add to cart